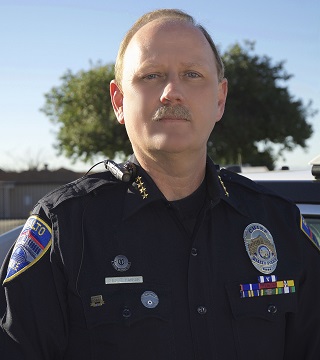 I have been teaching at MSJC since 2015. Prior to teaching I was in law enforcement for 34-years; the last five years as the Police Chief for the City of Rialto (CA) Police Department. While I have retired from law enforcement, I currently serve as an Executive Fellow with the Police Foundation in Washington D.C, Co - Chair of the Body-Worn Video Committee through the California Police Chiefs Association, serve as an appointed member of the International Advisory Board of the Cambridge Executive Policing Program, serve and consult to the President's 21st Century on Policing Task Force testifying on the implementation and use of this technology at the local, state, and international levels.

My prior teaching experience includes: Orange Coast Community College District - Adjunct Instructor, the Peace Officers Standards and Training (POST) where I am a certified Master Trainer Instructor in six different disciplines, and the University of Cambridge Institute of Criminology - where I serve as a Program Marker.

Most recently, I have published two research based articles on Body-Worn Cameras in policing. The first titled, “The Effect of Police Body-Worn Cameras on Use of Force and Citizens’ Complaints Against the Police: A Randomized Controlled Trial”, encompassed and an extensive study to evaluate the effect of body-worn video cameras on police use-of-force. This randomized controlled trial represents the first experimental evaluation of body-worn video cameras used in police patrol practices. In November 2014, this study was published in the Journal of Quantitative Criminology, a scientific publication. The study has received nationwide recognition as the first ever scientific study of how body-worn cameras affect police interaction with the public.

The second study, titled, “Post-experimental follow-ups—Fade-out versus persistence effects: The Rialto police body-worn camera experiment four years on”, reports the results from a three-year post-experimental follow-up from the world's first randomized controlled trial of police body-worn cameras. In October 2017, this study was published in the Journal of Criminal Justice, a scientific publication.

I am honored to be a part of this great learning institution and I look forward to meeting you all in the near future!