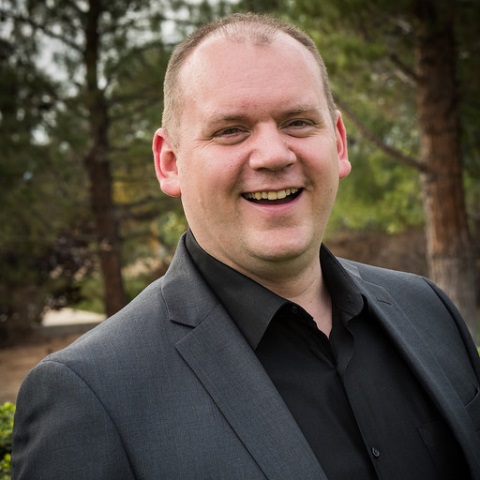 Eric Rea joined the full-time music faculty in 2015, after serving as an adjunct professor for one year. He directs the Menifee Valley Campus vocal ensembles, College Singers and Chamber Choir, teaches music theory and private voice, oversees the Applied Music program, and has served as the Department Chair. Prior to the full-time appointment at MSJC, he was on the faculty of Riverside City College for 4 years, teaching voice and directing the Riverside Master Chorale. In 2015 he became Conductor and Artistic Director of the newly-formed Temecula Valley Symphony Chorus, part of one of the premier arts organizations in the Valley. He is a member of the American Choral Directors Association, and the National Association of Teachers of Singing.

Eric has directed High School summer camp and festival choirs, and served as a choral clinician for schools and churches in Southern California, South Carolina, Florida, Ohio, and Sydney, Australia. An award-winning baritone and accomplished accompanist, he has performed in duo concerts with his wife in the Golden Valley Music Society’s “Classics at the Merc” series, as a soloist with the Temecula Valley Symphony, and as a member of vocal ensembles such as Rivertree Singers, the Temecula Valley Master Chorale, and the Riverside Master Chorale.

With degrees in both Music and Theology, Eric is also an Assistant Pastor at Grace Bible Church of Menifee – the reason he moved to Southern California in 2010