The award, given at the club’s annual “Mayor’s Ball” in October, recognizes non-Rotarian individuals who have made a significant impact using their vocation to promote ethics and service in the community.

When Brown arrived at MSJC as a music instructor at the Menifee Valley Campus,  he reached out to musicians in the Menifee area to join the MSJC Menifee Jazz Ensemble. Community performances and engagement with that ensemble led to further collaboration that has resulted in joint events such as the Fall Festival, Christmas Tree Lighting, and Menifee Music & Arts Festival at the college’s Menifee Valley Campus. 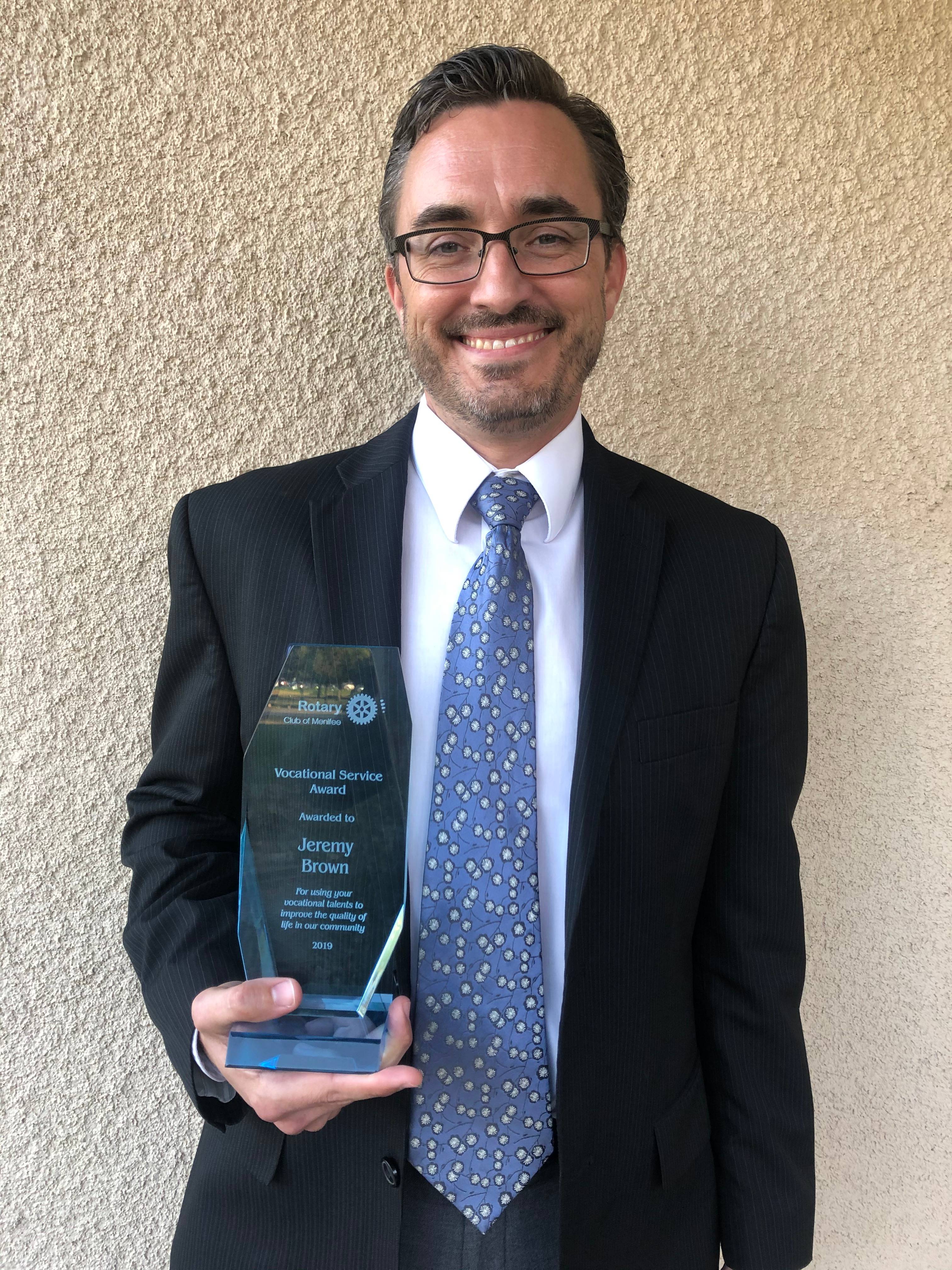 “I was surprised and humbled to receive this award in a city that is doing such exciting things to actively build community and add value for its residents,” Brown said. “The level of collaboration we have achieved with Menifee would not be possible without the collective will of a host of MSJC employees, city leaders, and service organizations to build a stronger relationship. It’s exciting to see projects I have worked on since the planning stage come to fruition and continue year to year.

“One of the most inspiring aspects of my position is working with all the cities and communities we serve to meet their needs and create opportunities for students,” he said. “We are doing great things, together, for the people of our communities.”

John Tribelhorn Sr., who nominated Brown for the honor, said “Jeremy is not just talented, but he’s also a fine person. It’s great to see someone like him get recognition for the things he does that most don’t see.”