Mt. San Jacinto College (MSJC) art students Vanessa Pellegrin of San Jacinto and Mario Herrera of Menifee used their talents to touch up a 9/11 mural at Hemet Fire Station No. 1 on Tuesday.

The students and MSJC art instructor Chet Glaze expect to complete refreshing the 2004 mural ahead of Sept. 11, the 20th anniversary of the terrorist attacks. 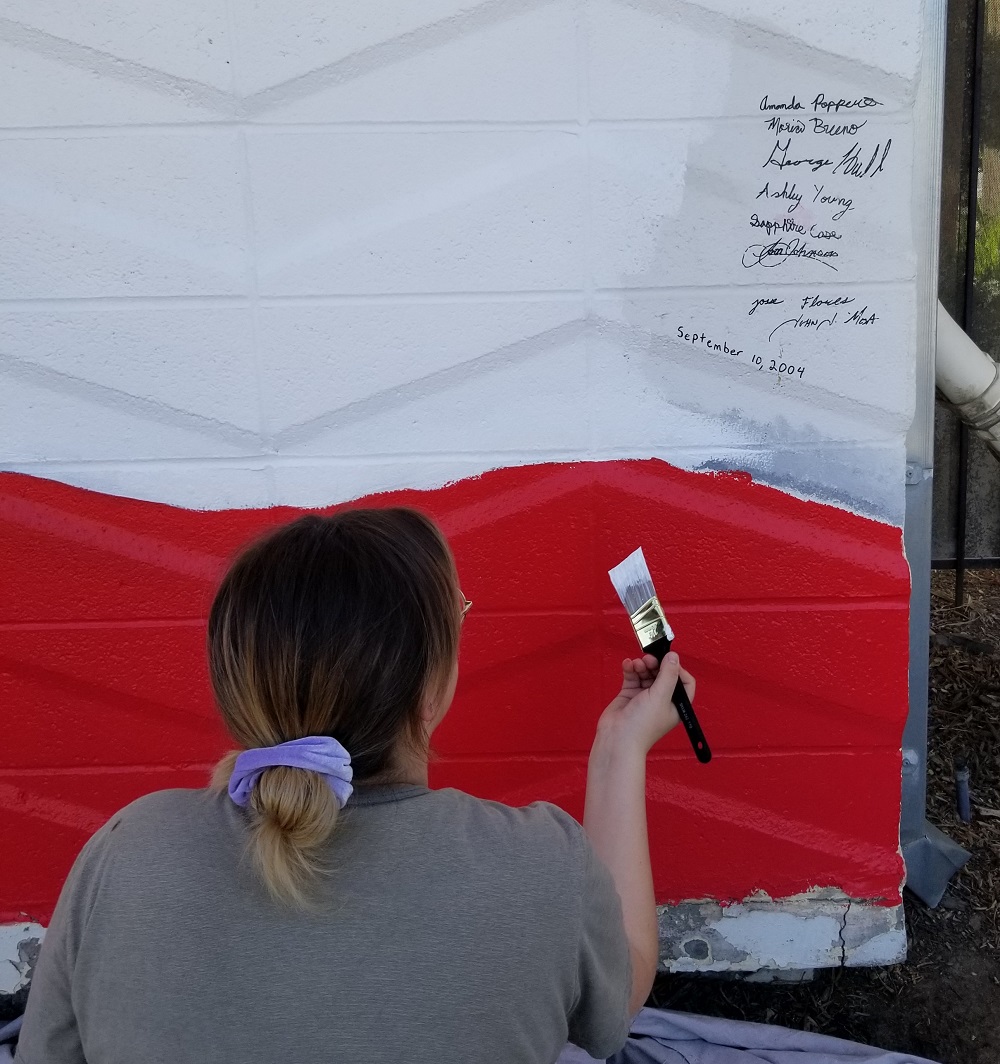 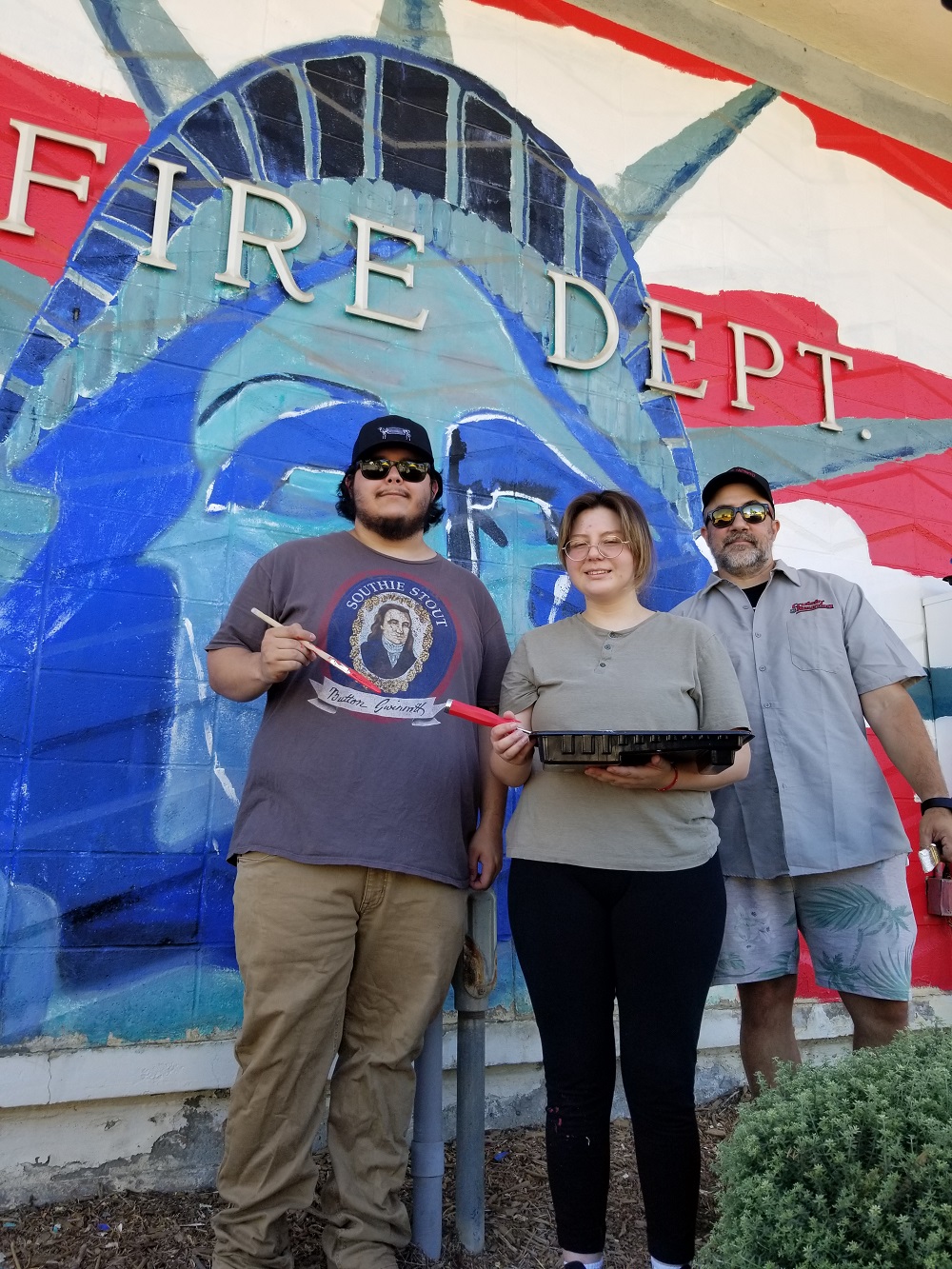 "It's a real benefit for the students," Glaze said outside the fire station on Juanita Street. "Not only are they getting a really critical opportunity for community service, which is hard to come by sometimes in art, but also they're learning a valuable and very marketable skill in mural painting."

"Thank you for redoing this and making it look real nice," he said. "It's nice to see some life in it."

The students were careful to preserve the signed names of the original artists, which can be seen on the righthand side of the mural.

Hemet Rotary paid for the supplies and provided $100 scholarships to the two students.