Jessica McMeans, former MSJC student, is one of only four to win the national award 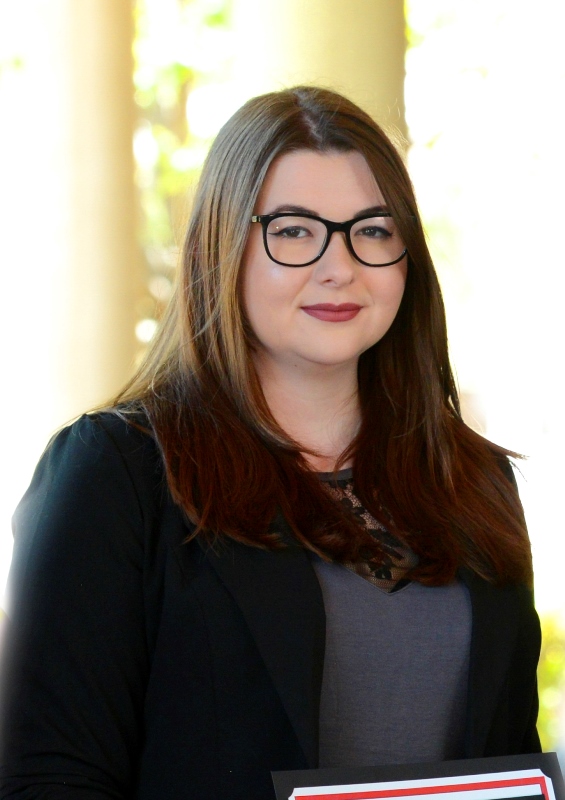 Jessica McMeans, of Romoland, is one of only four to win this prestigious national thesis contest. A total of 49 entries from across the nation were submitted for the contest. McMeans will travel to the NCHC conference in November in Boston to present her winning paper titled The Birth of Venus: Reconsidering the Origins and Meanings of the Venus Figurines.

McMeans transferred from MSJC in 2018 to the University of California, Riverside to study anthropology. While at MSJC, she completed the Honors Enrichment Program. She is the first MSJC student to be named a Portz Scholar.

Erik Ozolins, MSJC anthropology instructor and co-director of the Honors Enrichment Program, called McMeans one of the top students he has had in class over his career. He said she asked important questions and helped other students.

“This is a tremendous recognition of her work and scholarship,” Ozolins said of the Portz award. “Jess’s evaluation of the way in which anthropologists have been discussing Venus Figurines clearly demonstrates some of the significant biases that researchers bring to their research. The research she presented in her paper has caused me to change the way I present information, not only on the Venus Figurines but has forced me to consider other places where I might have used existing academic and personal biases.”

The Portz Scholars Program began in 1990 to acknowledge John and Edythe Portz’s many contributions to honors education. The couple served as inspiration for the creation of Portz Grants for innovation in honors programs and colleges, and Portz Fellowships designed to support original and extended interdisciplinary research projects, according to the NCHC.

In her paper, McMeans explores how the contributions of males dominate archaeological literature, minimizing or ignoring the contributions of female anthropologists. The paper looks at Venus figurines as an example of how women have come to be viewed as passive, reinforcing the modern concept of the male as a dominant figure. ​​​