MSJC was one of just a few colleges in Southern California that celebrated Juneteenth this year. The 2 ½-hour virtual event hosted its speakers and a DJ in a Zoom chat and then livestreamed on YouTube for attendees. 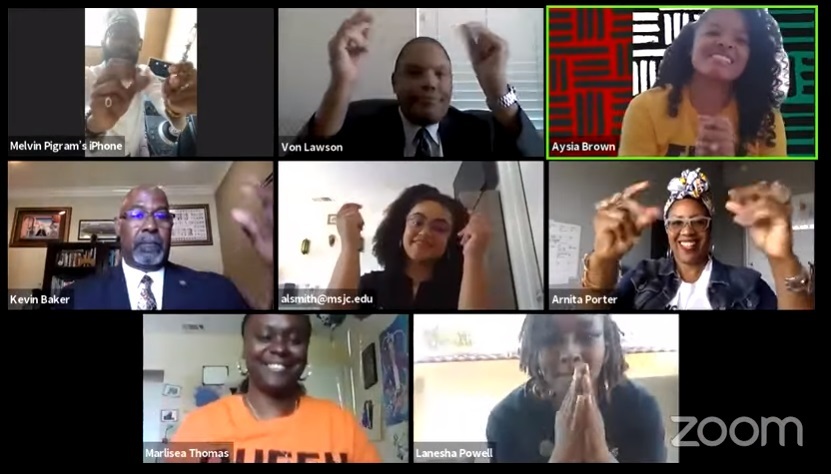 Observed every June 19, Juneteenth celebrates the end of slavery in the United States. While President Abraham Lincoln’s Emancipation Proclamation officially ended slavery on Jan. 1, 1863, it took nearly two and half years for slaves in Galveston, Texas, to receive word that they were free. That occurred on June 19, 1865.

MSJC Administration of Justice major DeAnthony Barney, the president of A2MEND (African American Male Education Network and Development) and Vice President of Umoja at MSJC, was among the event’s speakers.

“This is the third time I’ve been to a Juneteenth event, but having a school I go to put one on and letting us be heard, it’s amazing,” the 20-year-old Hemet resident told the attendees.

The virtual celebration featured the history of Juneteenth, the Black National Anthem, and speeches and poetry readings from MSJC Superintendent/President Dr. Roger Schultz, students, faculty and staff, as well as guest speakers from other colleges and the community. In addition, the MSJC Foundation sponsored a Juneteenth competition that will provide students scholarships.

The MSJC Sankofa Task Force of students, faculty and staff organized and led the event. Sankofa is an African word that essentially means one must return to the past to bring knowledge back to the present in order to make positive progress.