The Mt. San Jacinto Community College District on Thursday welcomed two new trustees and a re-elected trustee during its December Board of Trustees meeting. 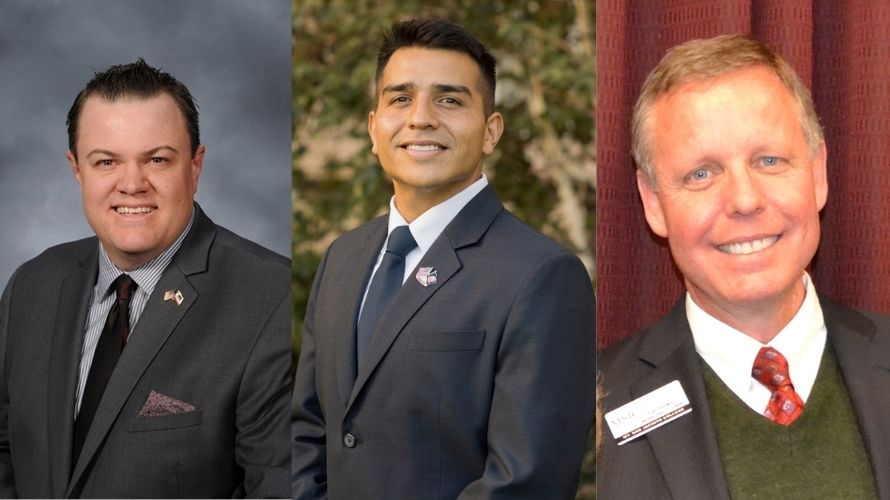 “We welcome Brian and Joshua to the board. They are no strangers to MSJC and we look forward to their leadership, thoughts and ideas to carry us into the future,” Superintendent/President Dr. Roger Schultz said. “We welcome back, Tom, and have valued his voice and leadership over the past eight years.”

Mr. Sylva stepped down from his seat on the Beaumont Unified School District board and vacated his seat on the Mt. San Jacinto College Measure AA Citizens' Oversight Committee to take on his new role on the board of MSJC.

Mr. Rivera is an alumnus of Mt. San Jacinto College who transferred to the University of California, Riverside to receive a bachelor's degree in Chicano studies.

Leaving the Board of Trustees are Sherrie Guerrero (Area 1), who served five years, and Dorothy McGargill (Area 2), who served 16 years.

“We can’t thank Dorothy and Sherrie enough for all that they’ve done for the students at MSJC,” Schultz said. “Their leadership has helped guide us during a period in which we’ve seen record graduation rates and an expansion of facilities that will welcome students in the coming years. We thank them for their service.”

During its annual reorganization meeting Thursday, the Board of Trustees also selected Trustee Carpenter as the new board president, and Trustee Ashley as the new clerk.