The $41 million project, which broke ground March 23, will feature a 5,000-seat stadium and field house, softball field, and sand volleyball courts. The site is scheduled to host games and other events as soon as Fall 2022.

“This first pour is a milestone. We are finally able to see the long-awaited stadium materialize. This complex will provide the community with a game-changing venue that will not only host our games and graduation ceremonies, but also fundraisers and other events with our community partners,” said Dr. Roger Schultz, MSJC Superintendent/President. "I can't wait to welcome the community to our beautiful Athletics & Kinesiology Complex next year."

The concrete trucks poured more than 300 yards  -- or 1.2 million pounds -- of concrete for the north side of the stadium. Once complete, about 3 million pounds of concrete will be used to create the foundation for the 30,722-square-foot stadium. 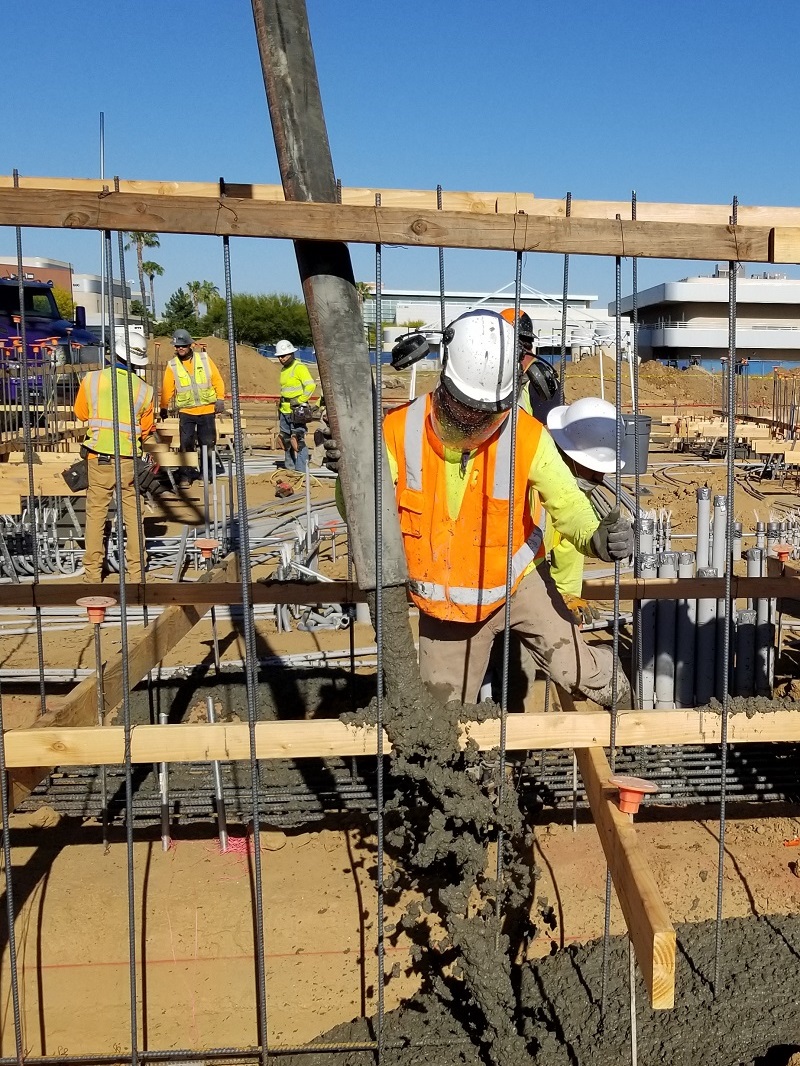 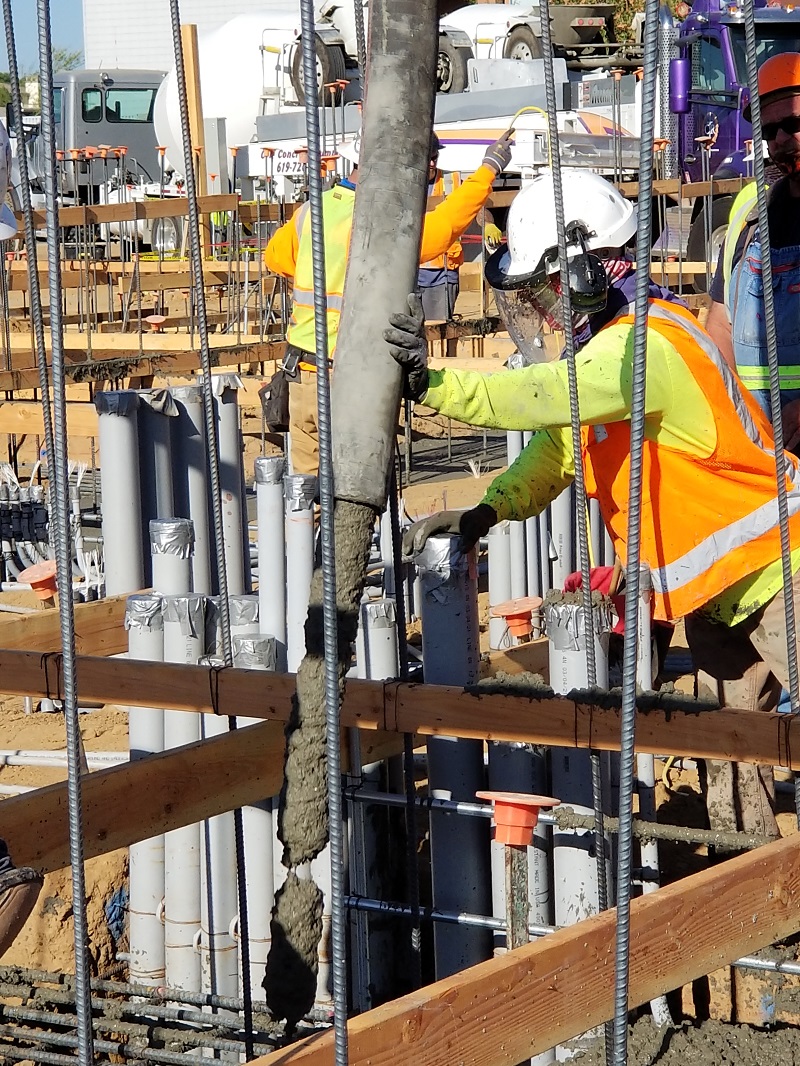 The college district’s 2014 voter-approved Measure AA, a $295 million facilities bond, is funding the construction of the stadium, which will also include large classrooms, faculty offices, fitness/weight rooms, lockers, team rooms and a press box.

Measure AA also funded renovations of a Menifee Valley Campus building into a new Student Center, which opens this fall; and -- along with matching state funds -- is funding the construction of Science Technology Engineering Math (STEM) buildings at the San Jacinto and Menifee Valley campuses in the next few years; funded the purchase of the Temecula Valley Campus that will open to students this fall; and funded other improvements at each of the district's four campus locations.